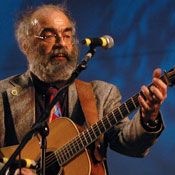 Wherever they go, audiences are enthusiastic about this endearing group, which features at its core the husband and wife team of guitarist Jim Muller and bassist Sharon Horovitch, highly sought-after banjo player and teacher Rich Stillman and songwriter and mandolin player John Tibert. 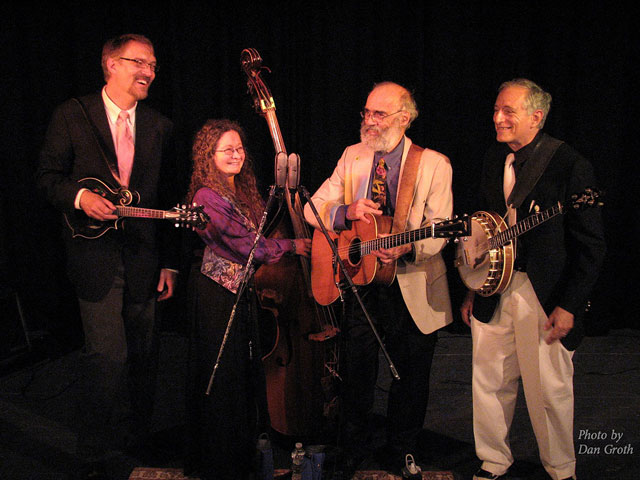 The band members have roots in Canada and in America from both sides of the Mason-Dixon line. Though all the band members now hail from Massachusetts, Muller is originally from Richmond, Virginia. Horovitch is from Montreal. Her infectious energy has become one of the band’s trademarks. Stillman started out in New Jersey and won numerous banjo championships as he made his way to Massachusetts and Southern Rail. Tibert, from Northboro, is a prolific songwriter who also has taught mandolin for over a decade. His mandolin playing is fluid, lyrical and from the heart, and his superb bass vocals are a powerful addition to the group’s signature quartet harmonies.

This enduring quartet has spent more than three decades bringing audiences to their feet with exuberant, top-notch performances. The group recorded its full-length DVD, called “Southern Rail Saturday Night,” during its last performance at the Rose Garden in 2012. More recently the band has been touring with its 12th CD, called “Voices in the Wind.”

Bluegrass is a truly American art form, and the group’s reverence for the traditional shines throughout their live concerts and recordings and is reflected in their prolific songwriting.

Over the years, Southern Rail’s recordings, featuring their prolific songwriting, have graced Bluegrass Unlimited magazine’s Top Thirty Singles Chart for a combined total of 32 months, climbing to #11. One of Southern Rail’s earlier CDs, a special Bluegrass Gospel compilation titled “Glory Train,” was nominated for Best Gospel Recording of the Year by the International Bluegrass Music Association. Southern Rail has been selected by the New England Foundation for the Arts to be included in their prestigious Touring Roster.

The Rose Garden Coffeehouse, is a 501(c)(3) not-for-profit organization in its 29th season of continuous operation. The event will start at 8 p.m. in the Congregational Church, 17 West St., Mansfield, Massachusetts. It’s wheelchair-accessible and alcohol-free. Tickets can be purchased online at www.rosegardenfolk.com for $16, and for $20 at door. The Rose Garden’s all-volunteer staff serves home-baked dessert items and hot and cold drinks of the season before the show and during intermission.