The fine return of Jesse Winchester 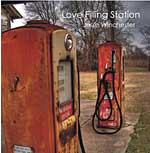 It’s been about a decade since the release of songwriter Jesse Winchester’s astute and wonderful “Gentleman of Leisure” CD. Since then, I’ve caught his shows a couple of times. His dry humor and biting tongue are masked only slightly by his tender tenor vocals and softly played acoustic guitar.

His latest release, “Love Filling Station” (Appleseed Recordings), is a fun collection of love songs. And it’s so fine to hear Winchester’s vocals. His marvelously crafted lyrics stand out on most tracks, despite a touch more instrumentation than I would have preferred. But lightly played ballads like “Bless Your Foolish Heart,” offer a certain patent honesty that make Winchester’s songs endearing anyway:

“Look at the quarterback
And the mayor’s son
And the smartest guy in school
You could have had the best and brightest
And you chose the biggest fool
O you may be too good for me
But you can’t be too smart
Not if you love me, girl,
Bless your foolish heart”

Playlist of clips by Jesse Winchester
Clips include “Bless Your Foolish Heart,” “Wear Me Out” and “Sham-A-Ling-Dong-Ding.” (All clips used with permission from Appleseed Music.)

Winchester’s music has been a supply house for other artists, in songs like “Brand New Tennessee Waltz,” “Talk Memphis” or “Let’s Make a Baby King.” His music has been covered by Jimmy Buffett, Elvis Costello and countless others. This CD offers a few such tunes, as well, that undoubtedly will get picked up. 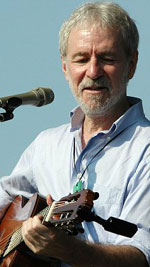 The passion in his music seems shaped by time, a mixture of grace from his Memphis  roots, to a decade dodging the draft in Canada (amnesty granted by President Carter in 1977), and then 25 more years living in Montreal before remarrying in 2002 and repatriating in Virginia.

Other songs, like the softly rocking “Wear Me Out,” show Winchester’s whimsical side, blending sexual exhaustion with everyday struggles. He mixes in a few of covers, including Ben E. King’s famed “Stand By Me,” and songs from Terry Smith and Ann Lucas, the latter a modern country duet called “Loose Talk” with Claire Lynch in which the nuance in Winchester’s voice sadly is lost. Contributing to this CD are Grammy-award winner Jerry Douglas on lap steel, Russ Barenberg on guitar and mandolin, Andy Leftwich on fiddle, among others, with co-production by Winchester and Bil VornDick.

Some songs are making it to CD for the first time, like the gossipy “It’s A Shame About Him,” a tune in which you can almost hear Jesse smiling all the way through the melody. The more tender, finger-picked “Sham-A-Ling-Dong-Ding,” which harkens to love during the doo-wop era, shows the versatility in Winchester’s writing:

When I first heard this CD, I wasn’t that impressed. It took one more listen to convince me that this will be classic Jesse, with insightful lyrics, tender vocals and fun songs that kept me singing long after the CD was over.