VIDEO: Nashville Clippers to add touch of "Soule" in Middleboro 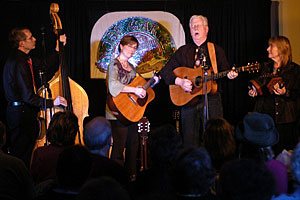 While music festival season is in full swing, don’t miss out on some smaller shows right in your own backyard. The Nashville Clippers will be the featured act Saturday night at the Soule Homestead in Middleboro, as part of its Saturday night concert series.

The Nashville Clippers are a Massachusetts-based quartet that performs a heartwarming style of country, folk and bluegrass with tasteful instrumentation and lovely harmonies. Opening for the Clippers will be Mark Belanger.

The Soule Homestead has many more offerings, including the Joe Davies Folk Festival in September. Be sure to check its web site for more details and a wide variety of other programs offered there.