VIDEO: Texas Tornadoes, Robert Randolph to spice up the party at the Rhythm & Roots Festival 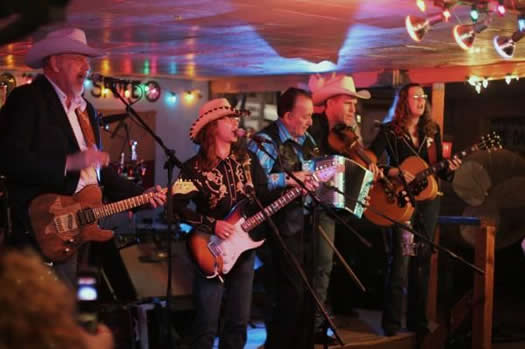 This Labor Day weekend, the sounds of New Orleans will be ring out near the beaches in Rhode Island. The 13th annual Rhythm & Roots Festival, being Sept. 3-5 at Ninigret Park in Charlestown, R.I. is a celebration of the end of summer. And what a party; in many ways, it’s fair to call this festival Mardi Gras North.

The new reunited Texas Tornados make a rare appearance as the headliners on Saturday. The Tex-Mex band only has a small number of shows planned around the country, so this is a show not to miss. Sunday features Robert Randolph & the Family Band, a dynamic rock and roots group that has toured with Eric Clapton. Randolph himself is a fiery guitarist named by Rolling Stone as one of the Top 100 Guitarists of All Time.

Check out this video, which gives you an idea of some of the music you’ll hear there this year, along with scenes from last year’s festival:

Multiple stages feature a variety of musical styles. From Zydeco and Cajun — and the abundance of dancing that comes along with that — to New Orleans R&B, swing, Americana, folk and roots music. Many people come to the festival just to dance. Some regular groups will return, too, like Cajun bands the Red Stick Ramblers,  Steve Riley & the Mamou Playboys, rocker Marcia Ball and Rhode Island Cajun band Magnolia. Look for the late night jam on Saturday with Ball, Rhode Islander Johnny Nicholas & the Texas All Stars, and the Texas Tornados. It should be amazing.

Other acts this year include Dave Alvin & the Guilty Women, who offer up a mix of folk, blues R&B and rockabilly, bluesman Little Freddie King, Bonerama, Donna the Buffalo, Geoff Muldaur & the Texas Shieks, CJ Chenier & the Red Hot Louisiana Band, Uncle Earl and many more. See the full lineup.

Rhythm & Roots is a family-friendly festival. In addition to its prime location in Ninigret Park, with its playground, there are activities for kids at the Family Stage, with musicians and storytellers, and movies at night. Kids and adults play with toys from one of the site’s vendors. You can toss Chinese yo-yos, juggle or swivel with hula hoops. For the second year, the festival will feature the Cajun Fiddle Academy, which allows 8- to 17-year-olds to learn Cajun fiddling and brings them up on the main stage on Sunday to perform.

The thing that struck me in my first year was the huge array of craft vendors that line the field. You can listen to music from the main stage while you shop for clothing, get a henna tattoo, find hard-to-find CDs, check out custom jewelry and more.

The festival is known for superb food vendors, some of the best in the country. I have a friend who practically buys all the lobster bisque and another who can’t pass up the massive roasted turkey legs. But there is a huge range of food, from Creole cuisine to southern-style barbecue, to Greek and Middle Eastern foods and much more.