Competition: The Rose Garden is looking for a few good songwriters

Each year the Rose Garden Coffeehouse in Mansfield runs a Performing Songwriter Competition and entries for this year’s edition (the 19th annual!) close April 15. Over the years, we’ve had topnotch songwriters enter and compete from all over the country (see our website for the list). In 2010, Larry Murante came all the way from Seattle to play his two songs in the “live finals’ and walked away with the honors, some cash in his pocket, and a feature gig at the Rose Garden.

Photos from the 2010 contest 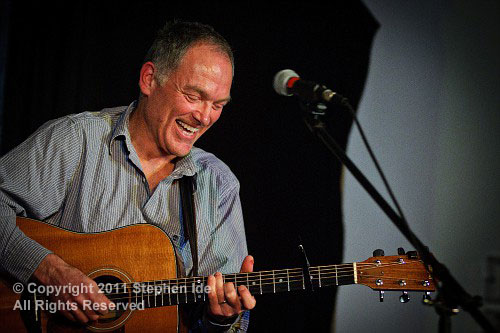 If you are an aspiring songwriter — or maybe one who is already established — The Rose Garden will be selecting three finalists to Mansfield for the “live finals” on May 21 to perform their two songs just before the feature performance by the great Vance Gilbert. We’ll have a panel of industry-professional judges on hand and the winner will be announced at the end of the evening. All the details, including an entry form and the rules, are at www.rosegardenfolk.com. If you are interested, or you know someone who would be, time’s a wastin’! We want to hear from you.