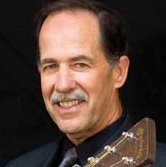 Years ago, I remember hearing the rousing song “I’m Gonna Be (500 Miles)”  being performed on the stage at the Grey Fox Bluegrass Festival. When I got to the stage, all I saw was a sea of white. The band was Country Current — the U.S. Navy Band — performing in their dress whites. Very cool, and who knew? It was new to me. The group faded from my mind for a while, though I managed to purchase their music sometime after that.

Eventually, I heard the name Wayne Taylor. He was the leader of Country Current, and now he was retired from the Navy. His new band, Appaloosa, under his tutelage and fine singing and guitar playing, was continuing the fine bluegrass tradition of the Navy band, sans salutes.

It’s their choice of songs and penchant for memorable melodies that make them special. They still perform some of the Country Current hits, like “I’m Gonna Be (500 Miles)” and “When You Were Mine,” but they also perform bluegrass standards like “Ain’t Nobody Gonna Miss Me When I’m Gone,” popularized by the King of Bluegrass Jimmy Martin.

I saw them a couple of weeks ago at the Strawberry Park Bluegrass Festival in Connecticut. The crowd for their show was small. That was a shame. But Taylor and gang put on a memorable show. And I’m sharing a piece of that with you in these videos below. Enjoy: