If you follow bluegrass music, the names Blue Highway, Michael Cleveland and the Steep Canyon Rangers mean something to you. They are all award-winning, top-of-their-art bands. Each of them will headline the 27th annual Joe Val Bluegrass Festival, which begins this Friday, Feb. 17 and ends Sunday, Feb. 19th at the Sheraton Hotel in Framingham, Mass.

Blue Highway performs at a showcase in Nashville. Photo by Stephen Ide

Nine-time IBMA Fiddler of the Year, Michael Cleveland,
will perform with his band Flamekeeper:

Bluegrass fans flock to the farms and fields in the spring, summer or fall. But few have places to go for their bluegrass fix when it’s freezing outside. The Joe Val festival fills that void, and brings top-name talent to its indoor stages. The Boston Bluegrass Union sponsors the festival, named after famed Boston area mandolinist Joe Val.

I asked BBU president Gerry Katz what makes this festival special to him and to bluegrass fans, and what fans its success:

“First and foremost, we’re an all-volunteer organization staffed by serious fans of the music. Personally, I love the opportunity to marry the artists with the audience. That’s one of the coolest things in the world. The Joe Val Festival honors the legacy of a wonderful man, and celebrates a vibrant regional bluegrass scene. There are many festivals through the summertime, but we’re the single major wintertime event. And it comes at a perfect time of the year. It really is a great winter destination and a cure for cabin fever.”

IBMA Entertainers of the Year, the Steep Canyon Rangers, will perform:

Though the hotel itself literally sells out in minutes when festival tickets go on sale every November, tickets are available for folks who can find other accommodations or live nearby. The indoor festival makes it easy to be a day-tripper, with music on the main stage and a workshop stage, beginning at 7 p.m. Friday and continuing into the late afternoon on Sunday.

The festival features some 40 national and regional bands, more than 50 workshop and education programs, including the popular Kids Academy, in which children learn songs and perform on Sunday. 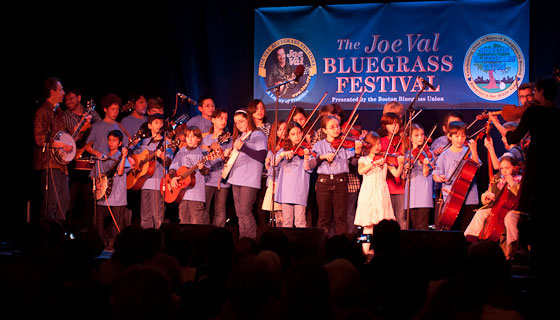 Children in the 2011 Joe Val Kids Academy perform on the main stage. Photo by Stephen Ide

Other highlights this year include a special reunion of banjoist and former Blue Grass Boy Bill Keith and guitarist Jim Rooney, who together won the Boston Bluegrass Union’s Heritage Award. Read their detailed bio.

There will be a return visit this year of Jimmy Gaudreau and Moondi Klein, who put on a powerful duet show last year. Gaudreau is a mandolinist who formerly performed with The Country Gentlemen, Emmylou Harris, J.D. Crowe and the New South, the Tony Rice Unit, and he eventually teamed up with Klein in Chesapeake. Klein a singer and multi-instrumentalist had performed with Rock Creek and the Seldom Scene. They return to Joe Val this year with special guest Jonathan Edwards, the singer-songwriter who once recorded with the Seldom Scene on an album called “Blue Ridge.” 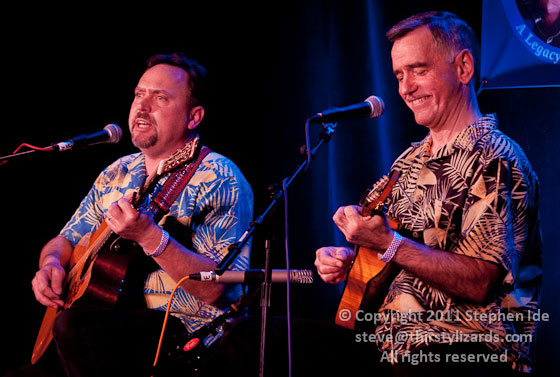 Also, look for Joe Sings Joe, featuring Joe Singleton, a western Massachusetts guitar player and singer who performs songs by the late Joe Val. This is a particularly special treat since Singleton captures the spirit and high-lonesome voice of Joseph Valiante, formerly of Everett, Mass.

Among the top-name bands, look for Canada’s Spinney Brothers, the endearing Darin & Brooke Aldridge, the Josh Williams Band, the Claire Lynch Band, legendary Midwest band Special Consensus, and The Whites, who performed on the “Oh, Brother, Where Art Thou?” soundtrack. Other local or regional main stage groups include the Berklee Bluegrass All-Stars, Amy Gallatin & Stillwaters, Sierra Hull & Highway 111, the Bluegrass Gospel Project and the dynamic all-female troupe Della Mae. See a complete schedule of all of the bands and stages.

The Joe Val Festival is a full-featured event, with a vibrant Showcase Stage for up-and-coming bands and a Kids Academy, teaching children how to play bluegrass instruments and songs, which they then perform on stage on Sunday.

Moondi Klein and Jimmy Gaudreau perform a tribute
to the late Tom Monahan of the Manic Mountain Boys: 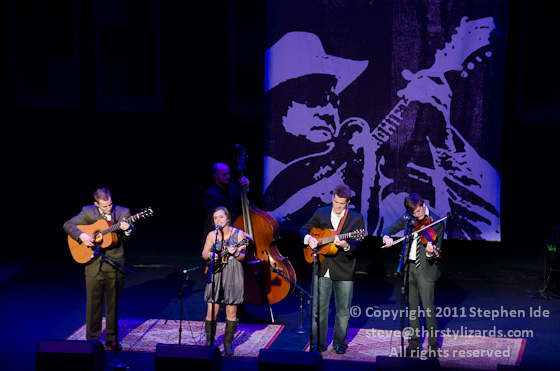