VIDEOS: April Verch Band played to a near capacity crowd in Mansfield 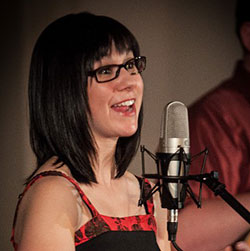 Each time I see the April Verch Band, April gets more impressive, and the band seems more entertaining than ever. The Rose Garden show on April 28 featured much of what we’ve come to expect from Verch, an Ottawa Valley-style fiddler, step-dancer and singer. Her dancing was outrageously wonderful, and her endearing stories and songs made her audience feel right at home. The Mansfield show marked the first time that guitarist Hayes Griffin joined the band (on a single tune) to replace Isaac Callender, though Callender played the entire show. 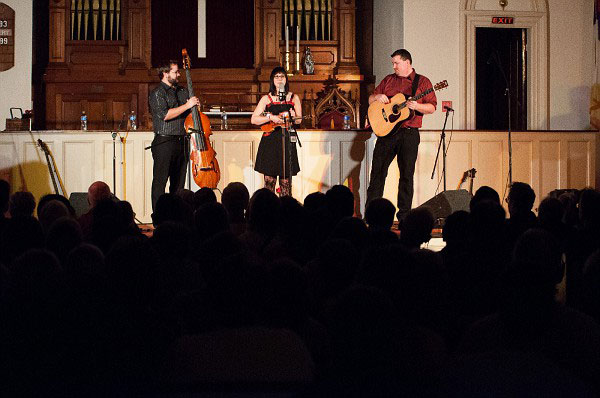 The show, before a near sell-out crowd, was marked by stellar three-part harmonies, and amazing instrumentals of traditional and Celtic tunes, from Durangs Hornpipe to original melodies like Verch’s heartfelt instrumental tribute to the late John Hartford. When the instruments couldn’t play any faster, April made up for it with her feet, making a nondescript 4×8 sheet of plywood a beautiful percussion instrument.

The next Rose Garden show features The Steel Wheels and the annual songwriting contest. Check back here for a preview.

Here are some videos from the April Verch show: