VIDEOS: The Greencards heat up the stage at the Me & Thee 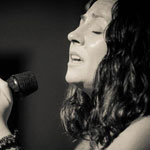 The Greencards brought an energetic, seductive set to the stage of the Me &Thee Coffeehouse in Marblehead, Mass. on chilly, rainy Friday night, Oct. 19, 2012. The band, fronted by Australian husband-wife pair Kym Warner (mandolin) and Carol Young (bass), played to an appreciative crowd of around 80 people, including songs from their newest CD “The Brick Album.”

[Check the coffeehouse website for The Battlefield Band, who will perform there this Friday, Oct. 26, 2012.] 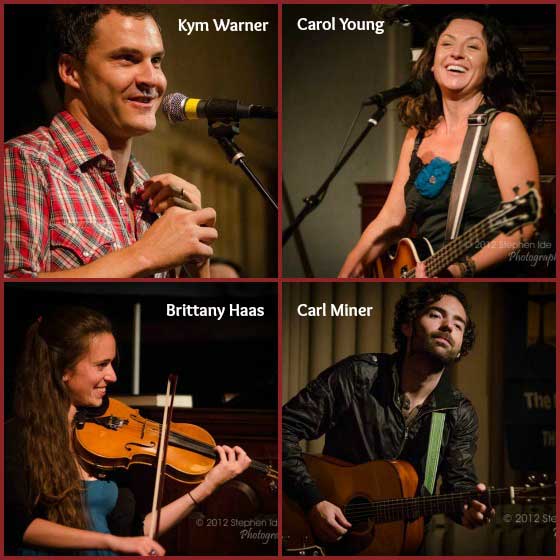 The Greencards ~ Photos by Stephen Ide

Though The Greencards, now in their 10th year, book gigs at bluegrass festivals, they are better classified, if you must, as “Americana,” despite their half-Australian origins.

With the addition of bluegrass fiddler Brittany Haas and the amazing flatpicking guitar work from Carl Miner, the quartet plays mostly originals, with a fiddle tune or two thrown in for good measure. It’s often amazing to hear the electrifying sounds they get from their acoustic instruments.

Their 20-song set was punctuated by the juxtaposition of Warner and Miner’s speedy picking with fiery fiddling from Haas and Young’s sultry vocals, which set an evocative, moody tone to originals like “Mrs. Madness” and “Girl in the Telescope.”

But the group dug back into the catalog, too, playing the title track from the 2005 CD “Weather and Water.” They added the Tom Petty inspired song “Make It Out West,” and the crowd-pleasing, fast, progressive instrumentals “Adelaide” and “Marty’s Kitchen,” with some of the fastest picking you’ll hear from Warner, Miner and Haas. (Check out Warner’s sudden vocal hiss around 2:22 in the “Marty’s Kitchen” video.)

Here’s a sampling of songs from the evening: 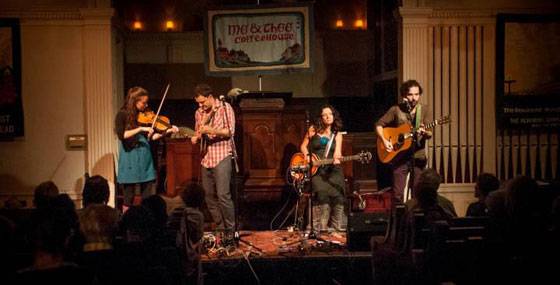 The Greencards perform at the Me & Thee Coffeehouse on Friday, Oct. 19, 2012. Members include, from left, Brittany Haas, Kym Warner, Carol Young and Carl Miner. ~ Photo by Stephen Ide