Legendary singer-songwriter Bill Staines will be celebrating the release of his upcoming CD “Beneathe Some Lucky Star” when he performs at Amazing Things Arts Center in Framingham on Sept. 6 and at The Gore Estate in Waltham on Sept. 18. Staines, whose music has been performed by everyone from Nanci Griffith to Celtic Thunder, is known for his warm baritione and the ability to tell stories through songs that seem timeless. 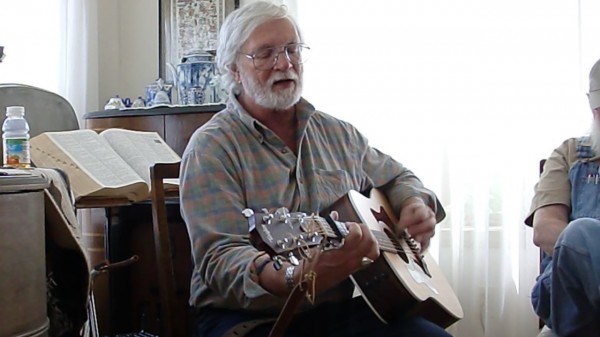 From a news release about Staines’ new CD:

Looking back on his life — from his teenaged years when he frequented the famed Club 47 in Cambridge, Massachusetts to his current status as one of the most beloved songwriters in contemporary folk music–Bill shows us the places and people he has met along the way. Heavily inspired by the Atlantic seaside where he grew up, Bill brings us original ballads of epic journeys (“Salt Air,” “Lord Franklin,” “Lightship”) and everyday story songs of love and loss (“The Road to Rustico,” “The French Girl,” “Ceremony”). In addition to his own poignant originals, he includes songs by some of the writers he has known and admired, including Ian and Sylvia, Pierce Pettis and Mason Daring, hearkening back to his early performing days when he sang covers and traditional tunes.

“At that time, I was singing mostly traditional material,” Bill says. “Writing my own songs came before too long, being influenced by writers like Pete Seeger, Gordon Lightfoot and Ian and Sylvia.” Now more than 45 years later, he has become the artist that younger songwriters admire. Telling the story of his musical path on the track “Along the Road,” Bill sings about his first Martin guitar (which he still owns) and how it led him to where he is today.

In his liner notes Bill says, “I have always felt that I was blessed to live a life in music and to know that, surely it must have been a lucky star that led me there.”

After almost five decades of performing in all fifty states, fans agree that we are the lucky ones to have the true troubadours like Bill Staines out there singing songs that move and inspire us.

Here is a previously unpublished video of Staines at a house concert in Franklin, Mass., in 2010.

Click for a playlist of more videos of Bill Staines.